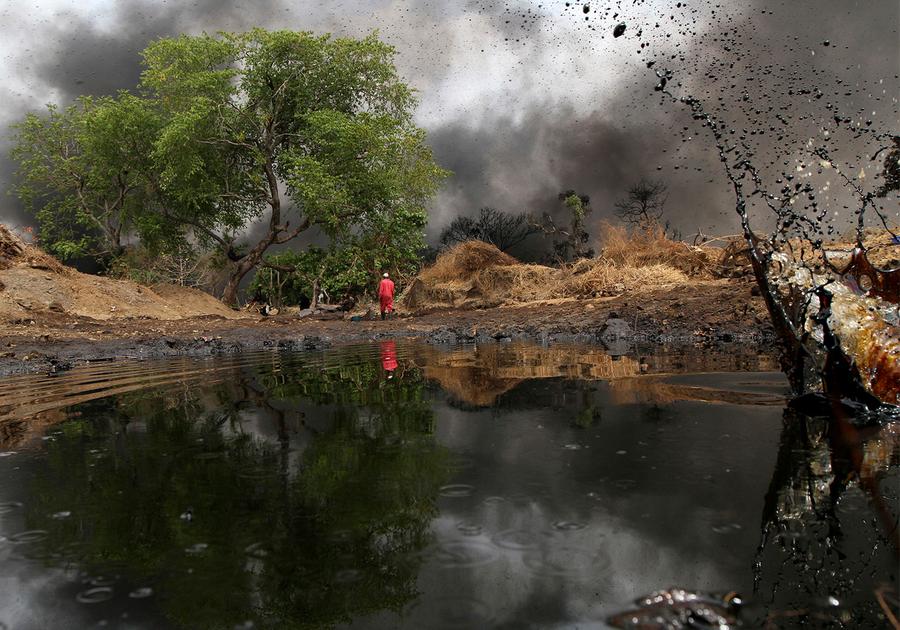 Nigeria is drowning in oil. Since the mid-1950s, Nigeria's dependency on the petroleum industry has grown steadily, while more equitable industries have been neglected. The result is the rise of environmental degradation, mass unemployment, and near perpetual social unrest. The situation is dire and so are the consequences of inaction. Fortunately, there is proof that a path forward does exist. Read on to find out how we can use lessons from the past to help rewrite Nigeria's future and how Oji Kola plans to use market-creating innovations to drive positive change in the country. 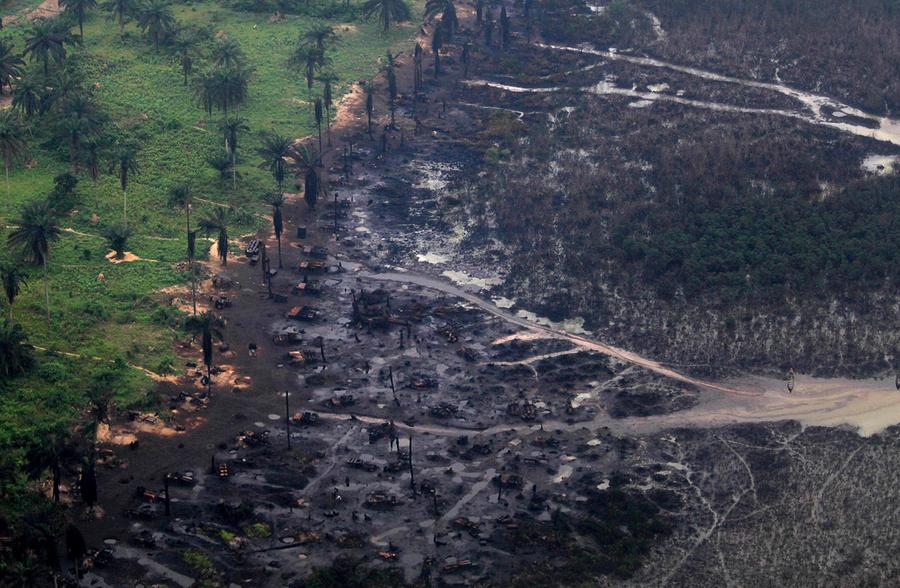 As the October sun sets behind the Delta, flames as tall as 10 story buildings dance while villagers shout over their dinners. Known as "gas flares," these fires are the bi-products of oil extraction, the Niger Delta Region's and Nigeria's biggest industry and the single largest contributor to greenhouse gas emissions on Earth.
For the people living within four kilometers (2.5 miles) of of gas flares in the Delta, the bi-products of the flaring are even more sinister than the scorching visual of the untamed inferno itself. The flares cause surrounding soil temperatures to rise and rain to acidify, killing nearby crops, corroding zinc roofs, rotting wood structures, and destroying the livelihood of the Delta's most vulnerable residents. Gas flaring has been linked to cancer and lung damage, as well as neurological and reproductive problems.
To make problems even worse, the Niger Delta is estimated to have had over nine million barrels of oil spilled since 1950 with some estimates as high as 100 million barrels. Since the 1980s, the government has set up various initiatives to end flaring and mitigate spills. Local community led groups have formed to protest and fight for the environmental stewardship of the Delta, but there is still a long way to go as economic incentives corrupt the region. 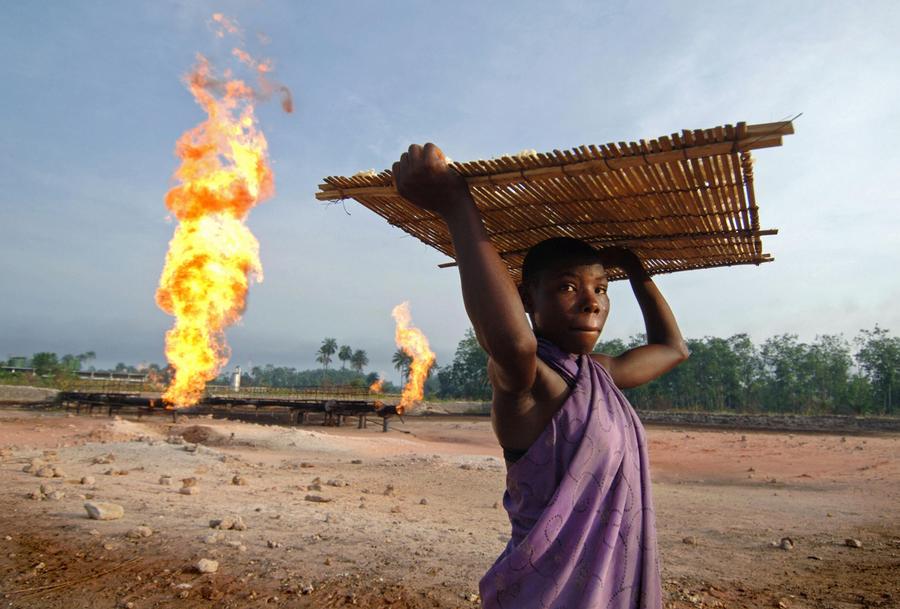 Since 1975, the Niger Delta region has accounted for more than 80% of Nigeria's export earnings and is responsible for 97% of Nigeria's foreign exchange revenues. Roughly two million barrels a day are extracted from the Niger Delta to the tune of roughly $1.2M in revenues, while the vast majority of Nigerians in the Delta live on $1 per day. In nominal terms, the region is a massive economic driver for the country. However, wealth is concentrated amongst only highly skilled laborers, foreign corporations, and the political elite; the lucky few who actually benefit from the industry's 'successes'. In fact, the industry only accounts for around 8% of Nigeria's Gross Domestic Product (GDP) and employs only .01% of the country's labor force.

The problem is compounded by population growth and a neglected agriculture sector, leaving the job market grossly oversaturated and the agribusiness sector woefully underfunded. Over the last 20 years, youth unemployment has surged to over 60% as a result, giving insurgencies like Boko Haram the fuel they need to enlist young militant recruits. Within the same time period, Nigeria, a country where arable land accounts for nearly 40% of its total area, has become a net importer of agricultural goods. In the next 20 years, 80 million Nigerians are expected to enter the workforce and if solutions are not found, we fear dire implications for the hopes of stability and prosperity in a region that has seen neither for decades.

By ignoring the agricultural sector, Nigeria has created a difficult lending climate where agriculture accounts for only 1.7% of commercial lending while the industry makes up roughly 25% of the country's GDP. This makes it nearly impossible for smallholder farmers to receive the cash they need to purchase agricultural inputs such as fertilizers, pesticides, and machinery in order to increase their yields and productivity. 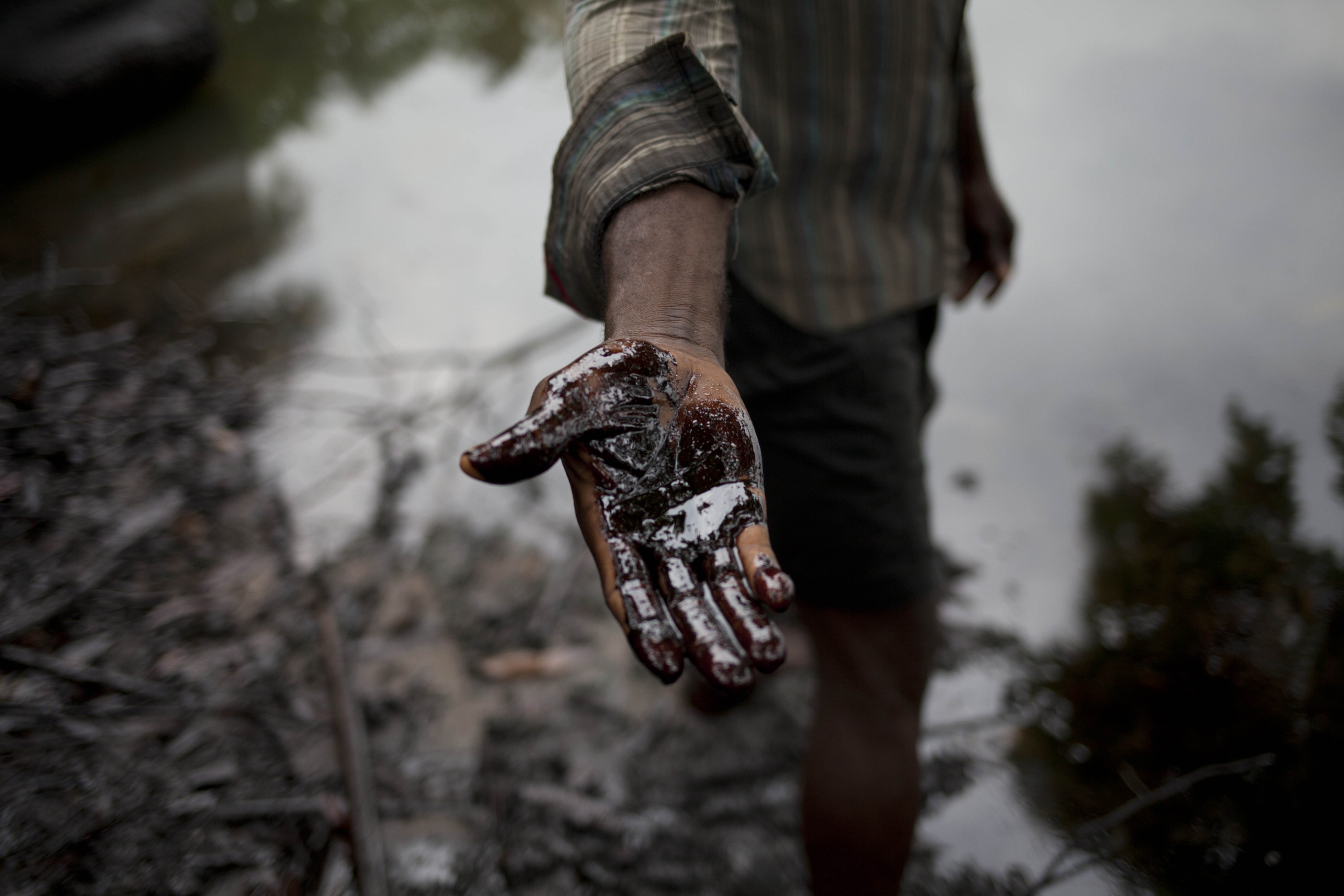 Back to the Roots

The future of Nigeria and its agricultural sector depends on a shift in the country's approach to economic growth and stability. Thailand in the 1960’s might provide a template for that. For good reason, Thailand is often cited as a poster child for economic turnarounds after its period of industrialization in the late 20th and early 21st centuries. Thanks to continued agricultural developments since the 1960s, unemployment rates have dropped from 60% to below 10% in the early-2000s. In the same period, food prices halved, and hunger decreased from 2.55 million households in 1988 to 418,000 in 2007.

These rapid improvements were achieved through a strong state role in ensuring investment in infrastructure, education, access to credit, and successful private initiatives in agribusiness. Thailand's steadfast commitment to investing in its two greatest assets, its land and people, have supported the country's broader transition to an industrialized economy. 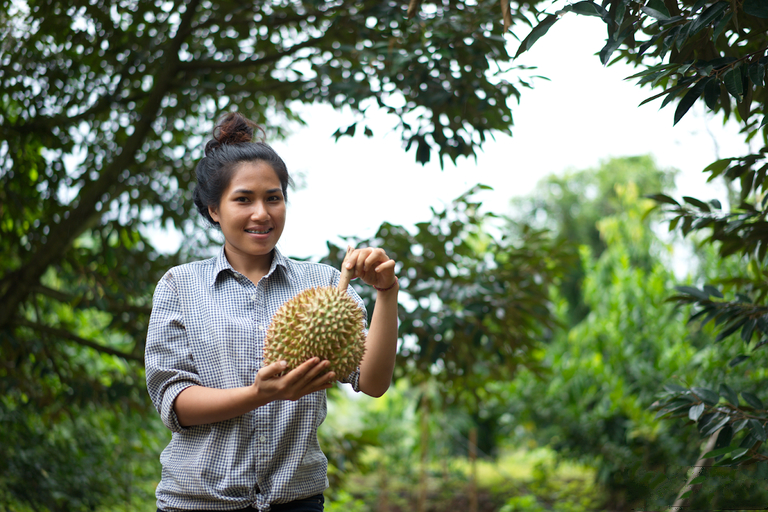 Nigeria has begun the transition under new commitments from the Buhari administration. The goal is to help stimulate Nigeria's growth through initiatives like the African Growth and Opportunity Act (AGOA), which was initially enacted by President George W. Bush in 2000, to encourage investment into Africa and facilitate international trade opportunities for the region. The AGOA was recently extended through 2025 and will continue to allow for tariff-free trade between compliant African countries and the United States.

Buhari's administration has also supported the launch of loan guarantees, recently approved by the Central Bank of Nigeria (CBN), called the Nigerian Incentive-Based Risk Sharing in Agricultural Lending (NIRSAL). The CBN approved the disbursement of about 75 billion Naira ($208 million) in the form of loans to farmers in all 36 states. NIRSAL aims to lighten the burden of risk on local banks through risk sharing, technical assistance, an insurance facility, an agricultural bank rating system, and bank incentive mechanisms.

Our partners at the Cocoa Research Institute of Nigeria (CRIN) are another great example of the Nigerian governments shift toward an economy that values and invests in its farmers. Established in Ibadan, Oyo State, Nigeria on December 1st, 1964, CRIN has nearly 60 years of data and experience with its mandated cops. CRIN is responsible for conducting research to facilitate improved production of disease-free, or disease resistant cocoa, kolanut fruit, coffee, cashew, and tea in Nigeria. Kolanut is a great small-scale example of the broader issues facing Nigeria's agribusiness industry. In the 1970s and 1980s, Nigeria was responsible for almost three-quarters of global kolanut production, producing over 154,000 metric tonnes (mt) of kolanut per year. Since then, production has dropped more than 25%, to only 116,500 mt produced annually over the last 40 years, according to the Food and Agriculture Organization of the United Nations.

While Nigerian kolanut production has fallen prey to neglect, the global demand for kolanut has steadily risen, laying waste to Nigeria's dominance in the global markets. In the last 40 years the country has found itself losing significant market share to neighboring producers in Côte d'Ivoire (Ivory Coast), Cameroon, and Ghana. With a new focus on revamping the agribusiness sector, Nigeria has a great opportunity to re-establish itself as the dominating force in the global market for kola nut production and trade.

It is our mission to establish the US market for Nigerian grown kola nut through the sale of high-quality, all-natural, ethical energy products that rely on the kola nut as their main ingredient. With a market established and a commitment to reinvesting in the region through the Oji Kola Foundation, we intend to be a force against fossil fuel dependency, unemployment, and the resulting insurgencies in Nigeria and broader sub-Saharan Africa.

In partnership with CRIN, we want to be the first organization ever to register kola nut as a Fair Trade ingredient and the first to ever register a product as Fair Trade in Nigeria. Through CRIN’s management of our farmer cooperative groups, we have organized an eager group of smallholder farmers to provide us with the highest quality kola nut in the world. In return, we set price floors to stabilize market volatility, pay a premium for our kola nut, and fund community projects to improve our farmers livelihoods and their communities.

With your help, we hope to do our part in supporting Nigeria's agricultural sector while capitalizing on the incredible market opportunity that we know exists in the region. We are thrilled to be bringing a better, more prosperous life to our farmers and at the prospect of helping Nigeria transition away from fossil fuels and into a more holistic and diversified economy.

If you like what you just read, you will love what you taste! Order a 12 pack of our real kola energy drinks or a bag of our raw kola nut powder and discover real kola, the way it was intended.

For more information and imagery, please visit this article published by The Atlantic, Nigeria: The Cost of Oil.